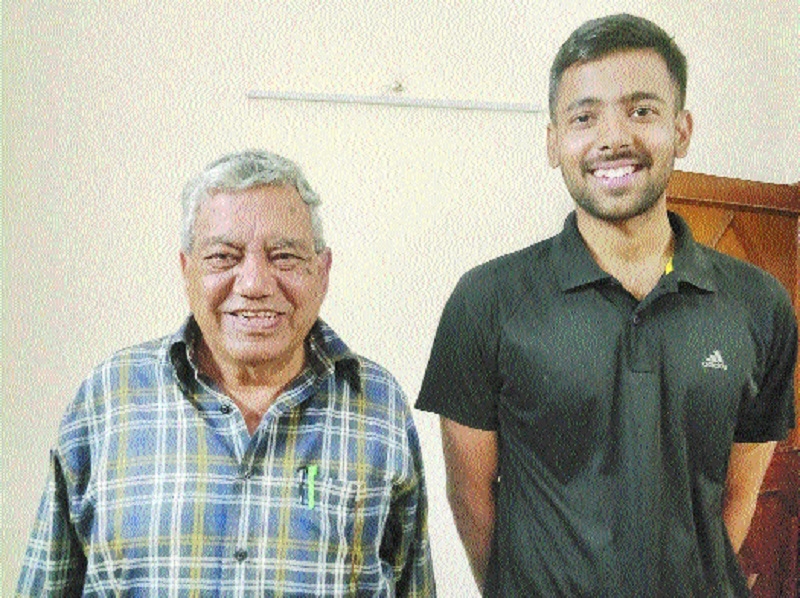 Piyush Sharma, a Mechanical Engineer and son of Sergeant Dinesh Sharma who was serving at the Headquarters Maintenance Command until a few days ago, is about to join the Indian Air Force Academy (IAF) to be trained as an Administrative Officer. He is currently posted at Coimbatore in Tamil Nadu. 1.8 meters tall and muscular, Piyush, Senior Officer in the NCC’s 2nd Mah Air Squadron, has appeared on the Service Selection Council for the Air, Army and Navy through AFCAT. , Navy Direct Entry and NCC Special Entry. He appeared on the merit list.

He also passed the Combined Defense Service Exam (CDS) and then passed the SSB for the Army, from which he was confident he would be called up. However, Piyush feels: “I didn’t want to take the risk by waiting for the Army call letter and decided to take the IAF’s chance, the call letter I had in hand. Once I entered the Academy, I would be in a strong position and if I received a call to enlist later, I could convince my superiors at the Academy to allow me to transfer to the Army Training Academy. Officer Training, Chennai.” Piyush Sharma received guidance from Colonel (retired) Abhay Patwardhan, who was full of praise for Piyush’s determination and acumen in preparing for the interview.

“His father is about to be promoted to junior police chief and he wants Piyush to join the IAF. But, I really feel that Piyush is not fit to be a good Infantry officer,” Colonel Patwardhan said. Piyush has a younger sister who is also a trainee in NCC’s No 2 Mah Air Sqn, and intends to follow in her brother’s footsteps by joining the IAF. Piyush’s mother, Indra, is a housewife and both Dinesh and Indra are overjoyed to see their son join the army. Piyush is an excellent volleyball player. He will join the IAF Academy in Hyderabad on January 4th.