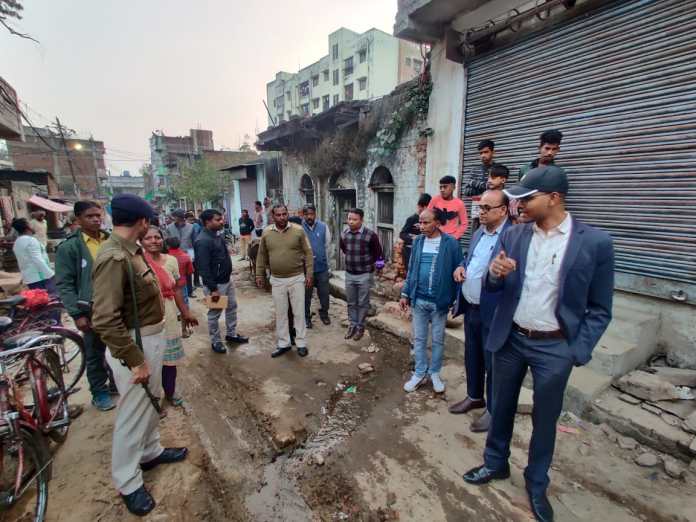 Jamshedpur, 20 Dec: A team of district administration officials led by SDO Dhalbhum Piyush Sinha carried out a spot check on Gwalpara Road in Jugsalai on Tuesday and found that the road had been encroached on by some local residents. Taking seriously the encroachment caused by the storage of construction materials, vehicles and animals on the roads, SDO ordered their removal within the next 24 hours. He said strict action would be taken against squatters if they failed to remove their own belongings from the street.

SDO also visited the newly built park in Jugsalai. He was accompanied by Special Officers and other officials from Jugsalai Nagar Parishad. Jugsalai City officials have asked local residents to clear the encroachment from Gwalpara Road to make way for the proposed development.